The .17 Hornet ammo is a .17 caliber centerfire rifle cartridge originally offered as a “wildcat cartridge” developed by P.O. Ackley in the early 1950s. He created this non-factory (wildcat) offering by simply necking-down the .22 Hornet to .17 caliber and fire-forming the resized cases in his new chamber design. The result was a small quiet cartridge capable of high velocity. Ackley mentions it as one of the most balanced of the .17 cartridges of his time; likely, this is still true

What is the 17 Hornet good for?

17 Hornet are frangible enough to avoid large exit wounds and the resulting pelt damage. The . 17 WSM—a smoking rimfire which drives that 20-grain V-Max to 3000 fps—is a good choice for those who have no interest in reloading ammo, or the ability to reload cartridges in this class.

The .17 HMR is a rimfire cartridge, whereas the .17 Hornet is a centerfire cartridge with a primer, therefore it is one of the smallest cartridges ever produced.

Is the 17 Hornet a good round?

. 17 Hornet is regarded by coyote hunters to be an effective round out to 350-yards.

The 17 hornet ammo is a hunting cartridge, especially for hunters looking for something more powerful

It makes a great choice for furbearers – including the foxes, bobcats and even the largest coyotes – as the bullets loaded in the . 17 Hornet are frangible enough to avoid large exit wounds and the resulting pelt damage. 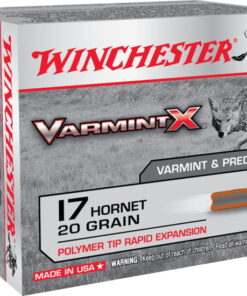 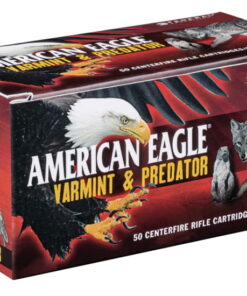