Skip to content
Add your 243 ammo to cart ,click on checkout and select zelle or cashap and benefits a 10% code on your order . Delivery takes maximum 48hrs maximum 🇺🇸🇺🇸
Filter

243 Win ammo For Sale at reelammunition.com at discount prices . We carry all your favorites brand and grains .

The . 243 Winchester ammo  is a popular sporting rifle cartridge. Developed as a versatile short action cartridge to hunt both medium game and small game alike, it “took whitetail hunting by storm” when introduced in 1955, and remains one of the most popular whitetail deer cartridges .The round is known for being very accurate and has a lot of popularity in varmint hunting.

The .243 Winchester ammunition is available in a variety of load variations due to its versatility. 243 ammunition are available with bullet weights ranging from 55 grains (3.6 g) up to 115 grains (6.8 g). Twist rate of the barrel can sometimes be a factor in deciding which bullets to use, 1:10 being the most popular as it is sufficient to stabilize up to 100 gr bullets.

The majority of hunters who target deer use something other than standard full metal jacket .243 ammo. Hunters often turn to Hornady’s Super Shock Tip or Speer’s Grand Slam expanding bullets, which cause deeper and more severe wounds.

With very little recoil, even less than that of the .30-30 Winchester cartridge introduced sixty years earlier, the .243 brought higher chamber pressures, larger powder volumes, and sharply tipped bullets, which all combine to lend the .243 more muzzle energy and far greater downrange energy than the .30-30 is able to achieve.The .243 Winchester has also been found to shoot flatter and more accurately than the 7mm-08 Remington out to 500 yards, with less recoil yet also less terminal energy.

Where to buy cheap 243 ammo

reelammunition.com rovides you with the highest quality 243 ammo  in stock only at cheap  prices!

We understand that you take your hunting seriously, so we only carry high-quality brands of ammunition like Federal and Hornady, explicitly designed for game hunters like you! 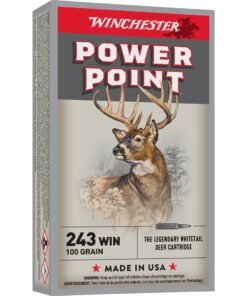 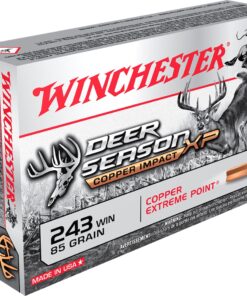