Buy your smokeless powders from our shop at discount prices .Fast delivery 🚚 with Usps

What is Smokeless powd

Smokeless powder is a type of propellant used in firearms and artillery that produces less smoke and less fouling when fired compared to gunpowder Despite its name, smokeless powder is not completely free of smoke while there may be little noticeable smoke from small-arms ammunition, smoke from artillery fire can be substantial.

Before the widespread introduction of smokeless powder the use of gunpowder or black powder caused many problems on the battlefield. Military commanders since the Napoleonic Wars reported difficulty with giving orders on a battlefield obscured by the smoke of firing. Visual signals could not be seen through the thick smoke from the gunpowder used by the guns. Unless there was a strong wind, after a few shots, soldiers using gunpowder ammunition would have their view obscured by a huge cloud of smoke. Snipers or other concealed shooters were given away by a cloud of smoke over the firing position. Gunpowder produces lower pressures and is about three times less powerful when compared to smokeless powder.Gunpowder is also hygroscopic (i.e., it attracts moisture from the air), making cleaning mandatory after every use. Likewise, gunpowder’s tendency to produce severe fouling causes actions to jam and often makes reloading difficult.

There are three basic types of smokeless powder: flake, extruded and ball. The names refer to the shapes of the individual particles, which are called granules.

When you start looking for reloading powder, one of the first things you’ll probably notice is that there are three companies who distribute the majority of powder throughout the country. There are other distributors and brands operating under different names, but if you purchase powder, there is a very strong chance it came through one of the following three companies.

The history of Alliant Powder dates back to 1872, when they were known as Laflin & Rand. They later became the Hercules Powder Company, which was one of the most respected and trusted names in ammunition at the time. Their products included items for rifle, shotgun, and handgun cartridges as well as muzzleloading applications.

Today, Alliant provides many different powders that can be used for different purposes. They are a member of Vista Outdoor Inc., a global company that oversees numerous brands including Federal Premium Ammunition, Blazer, Bushnell, and Speer.

Hodgdon Powder is arguably the most successful powder company in the U.S.A. Founder Bruce Hodgdon purchased 50,000 pounds of surplus gunpowder after World War II and began selling to other gunowners who were interested in reloading.

The Hodgdon company now provides a wide range of smokeless and muzzleloading powders. Even the product that started the company, known as H4895, is still produced and sold. Based in Kansas, Hodgdon regularly creates innovative and technologically-advanced powders that meet the needs of many different shooters and reloaders.

Focusing primarily on powders for outdoor sports, especially big-game hunting, Western Powders is a brand that provides excellent products as well as reloading data, shooting accessories, and gun care supplies. Based out of Montana, it has been a leading powder distributor since 1972.

Their powder brands include Ramshot, which offers a full range of powders for hunting and marksmanship, Accurate, which is focused on shooting precision, and Blackhorn 209, which creates low-residue powder for muzzleloading

When selecting a powder, you should take into consideration load density. Density is how much space will be left for air when the powder is poured into the cartridge. There needs to be sufficient room for the explosion to perform properly, and most factory powders will have a listed density somewhere between 80 and 90%.

It is generally recommended that anyone reloading should not try to exceed 95% load density because the primers need room to flame through the powder, which will result in more consistent pressure and bullet velocity.

It is also recommended that density should not go below 80%. This is because low load density causes the point of peak pressure to move towards the muzzle and velocity will drop. Low load density can also allow the powder to shift in the cartridge, causing inconsistent pressures.

In the end, gunpowder density will factor into how much powder should be used for a given load. It is an important characteristic of the gunpowder and should be considered whenever you are reloading ammunition for any purpose. Density will impact the performance and is heavily influenced by the shape of the granules.

Pistol vs  Rifle vs  Shotgun Powders

Now that we have a solid understanding of powder characteristics and variables, let’s look over some important information that you need when reloading. This information will help you select the right products for your needs and give you a better understanding for the basic composition of a cartridge.

Handgun powder is going to burn faster, giving off the most energy in the shortest amount of time and distance. This is needed because the barrel of a handgun is shorter, so the explosion needs to be completed in about six inches. If you use a slow-burning powder in a handgun, you will likely have a bright flash at the end of the barrel. This flash might look impressive, but that visual explosion is wasted energy.

Because of the long barrel and increased power demands, rifle cartridges need a powder that burns slower, completing the explosion through the entire barrel and delivering consistent pressure from start to finish. If you use fast-burning pistol powder in a rifle, it will make too much energy at the beginning, giving off high pressures in the chamber. This brings the risk of damaging the gun. Slower powders push the bullet evenly down the barrel and keep pressure down while utilizing the most energy.

When choosing a shotgun powder, you will find that there is a lot of variety, largely changing based on the shot load. In general, heavier shot loads will require a slower burn rate, as it takes longer to sufficiently accelerate a heavy shot. If a fast-burning powder is ignited behind a heavy load, it could lead to excessive pressures, damaging the firearm and potentially causing injury. At the other end of the spectrum, a slow burning powder behind a light load, such as a bird shot, may not give enough power for sufficient energy and velocity 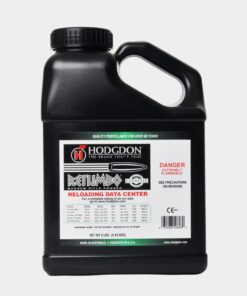 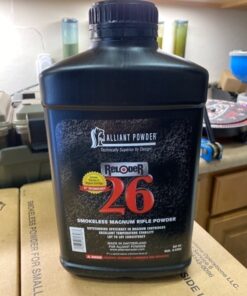 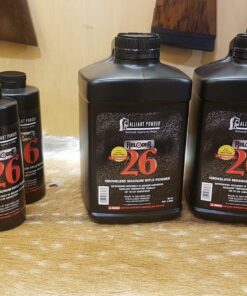 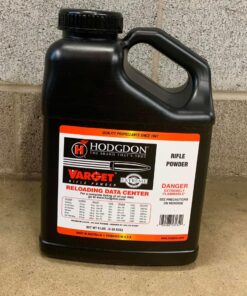 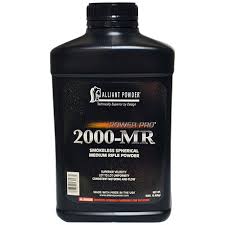 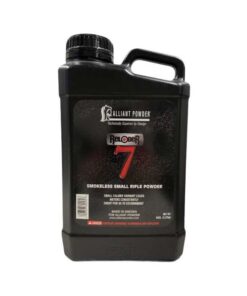 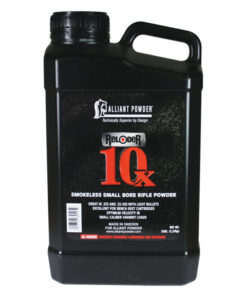 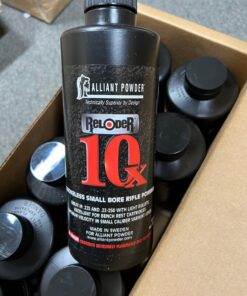 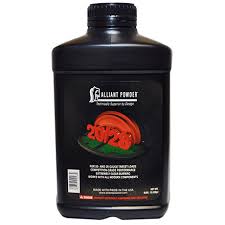